The second book of the “Snow Like Ashes” trilogy by Sara Raasch – titled “Ice Like Fire”. The cover art features the same chakram from the first book, but it has now gone through battle and aged.

When I was originally commissioned to tackle the Snow Like Ashes trilogy, I knew immediately that I would want to “age” the sequential book covers. With Snow Like Ashes, being the first book, I intended for it to look fantastical but still have it be tame. It was meant to feel like the calm before the storm. With Ice Like Fire, I shifted gears and aimed to take the audience into a deeper, more epic part of the series, and such is reflected on the chakram and atmosphere of the  cover. 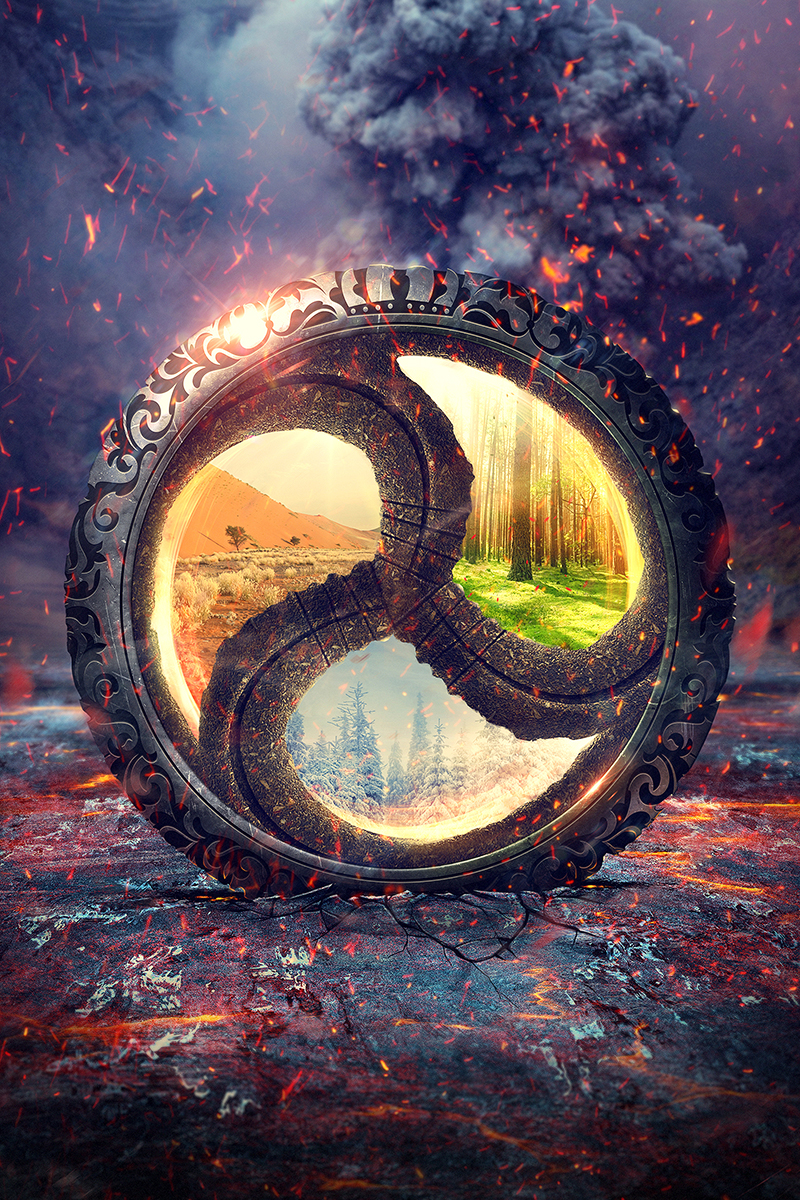 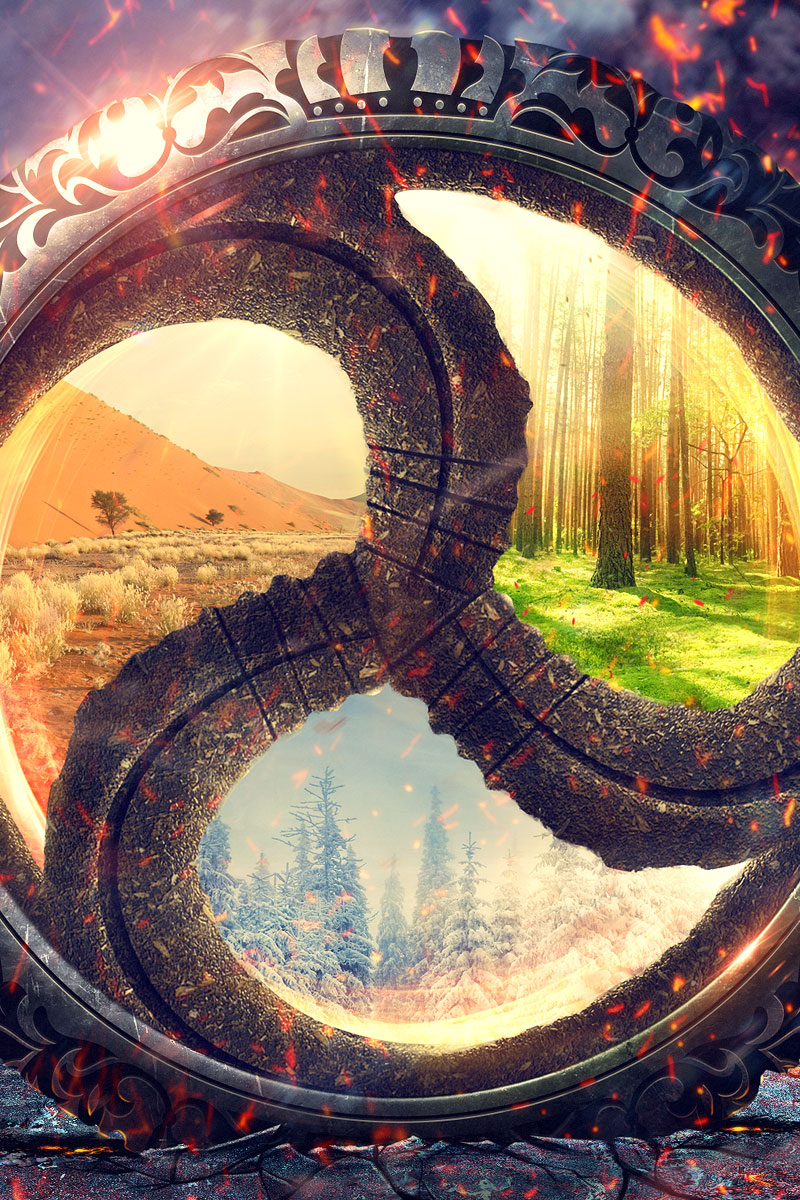 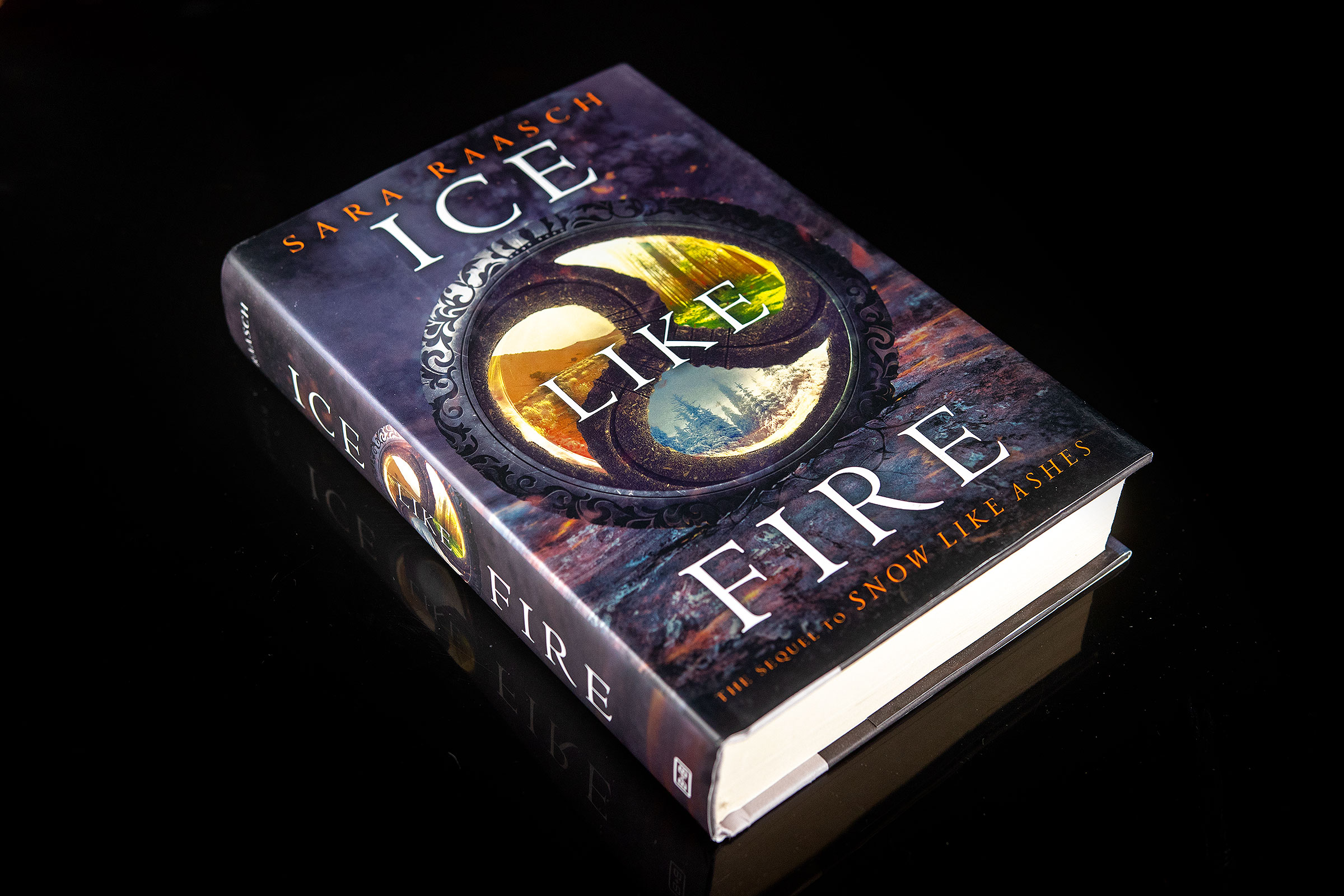 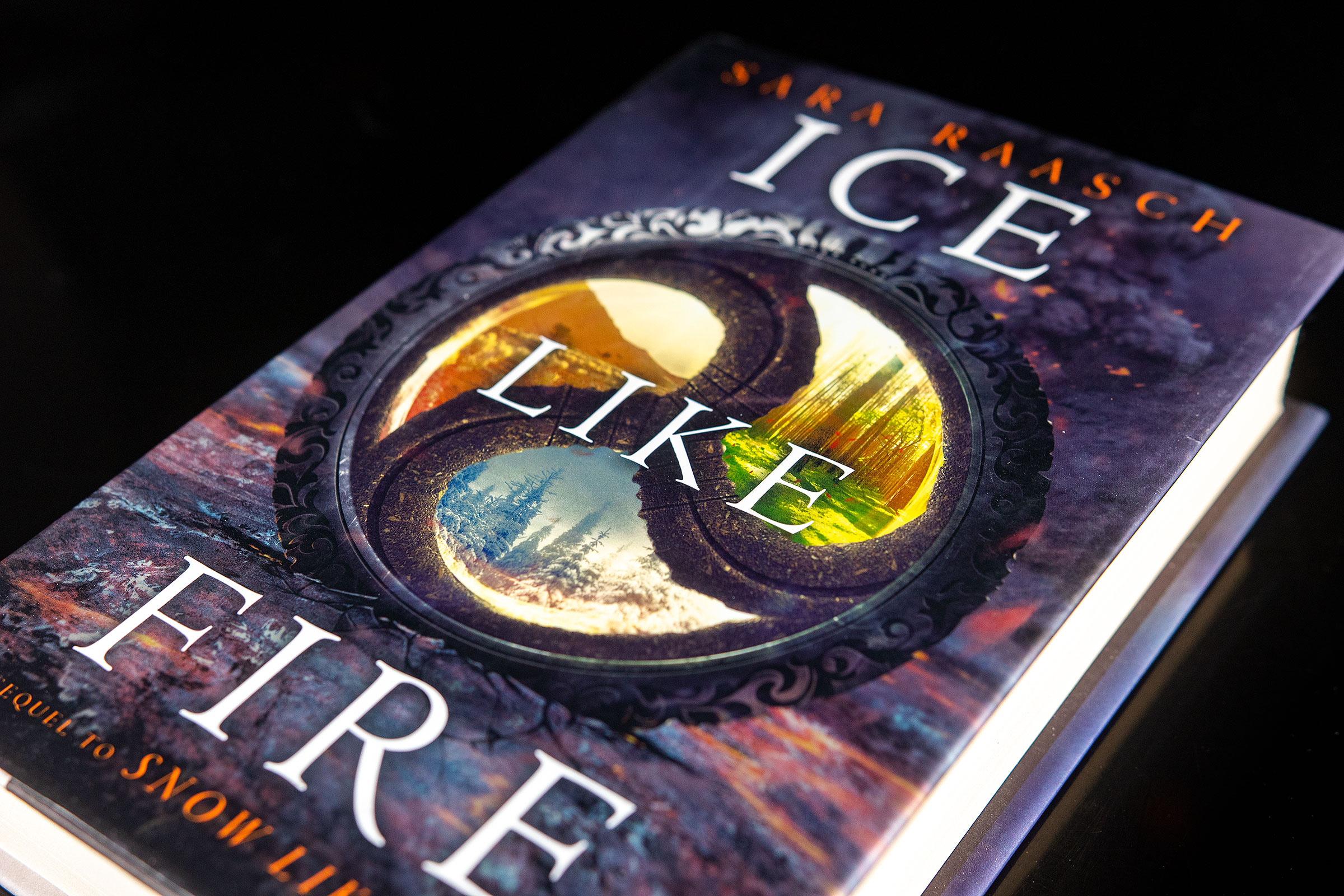