The sequel to Carve The Mark by NYTimes Best Selling Author, Veronica Roth. "Fate brought them together. Now it will divide them."

The concept leans on the planet Ogra, a planet lit only by bioluminescent light. We wanted to try to create a pool of dark liquid, per some of the passages about the canals on Ogra. The bioluminescent lights could weave beneath the surface of these dark pools of water and cut through the type overlaid on top. 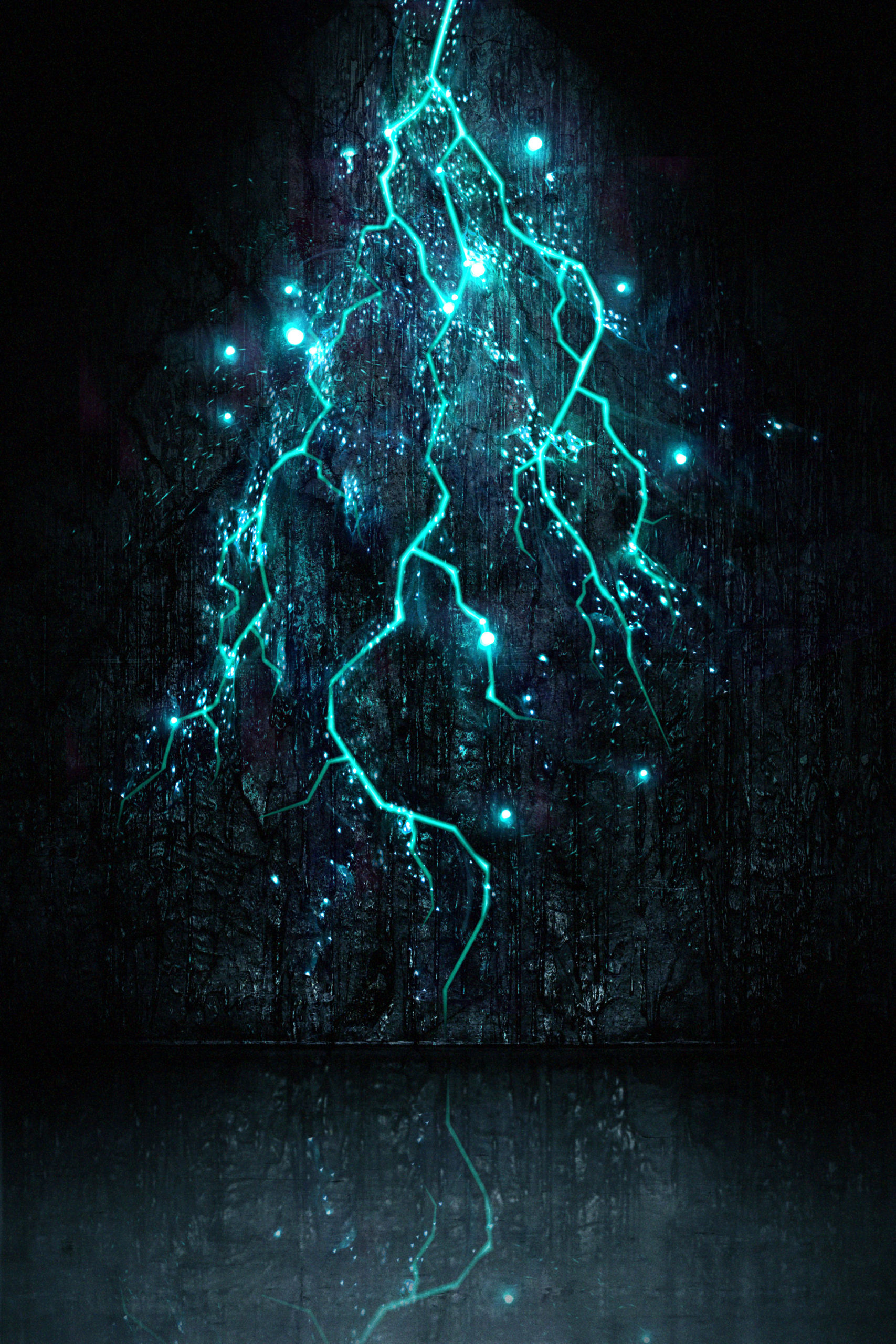 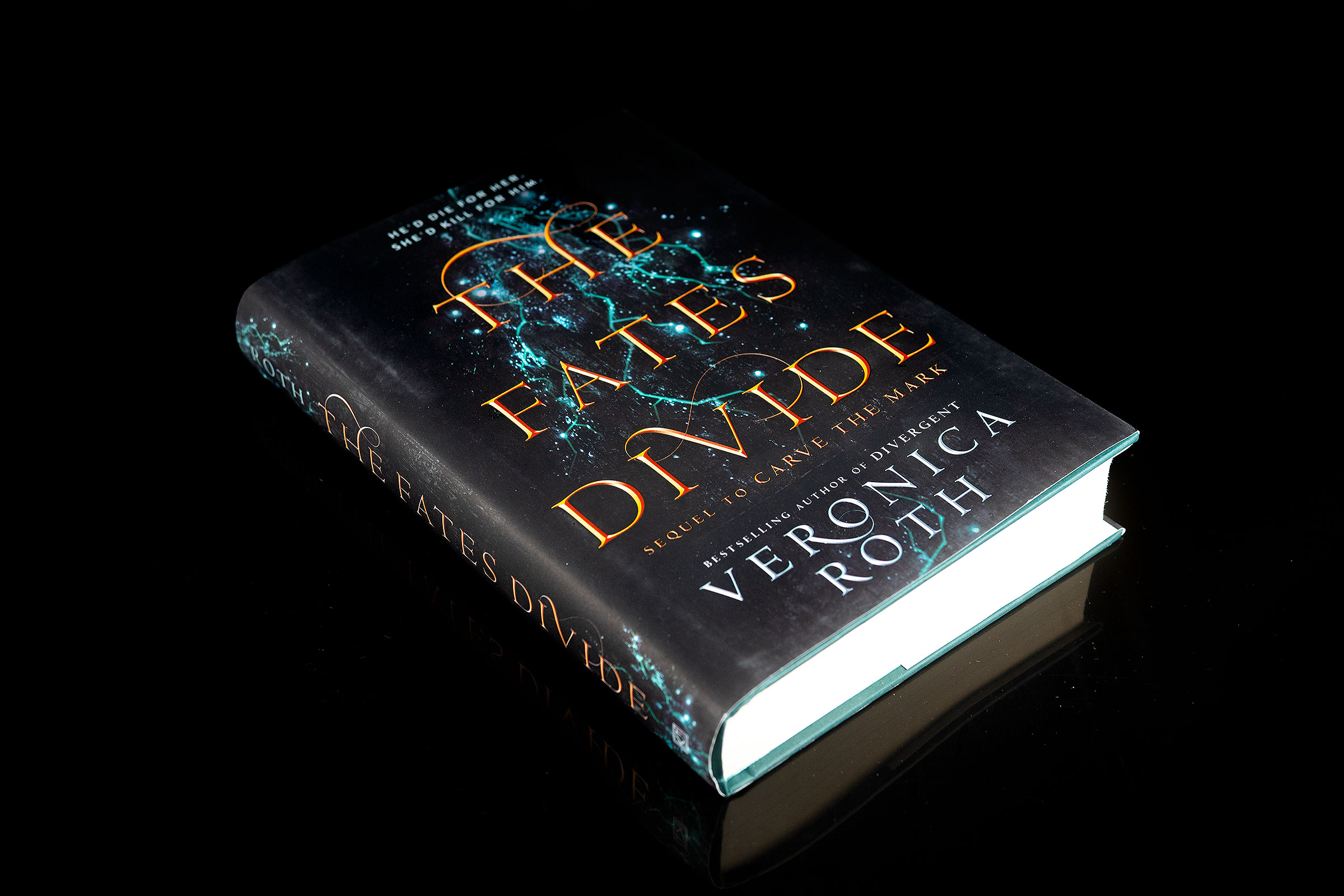 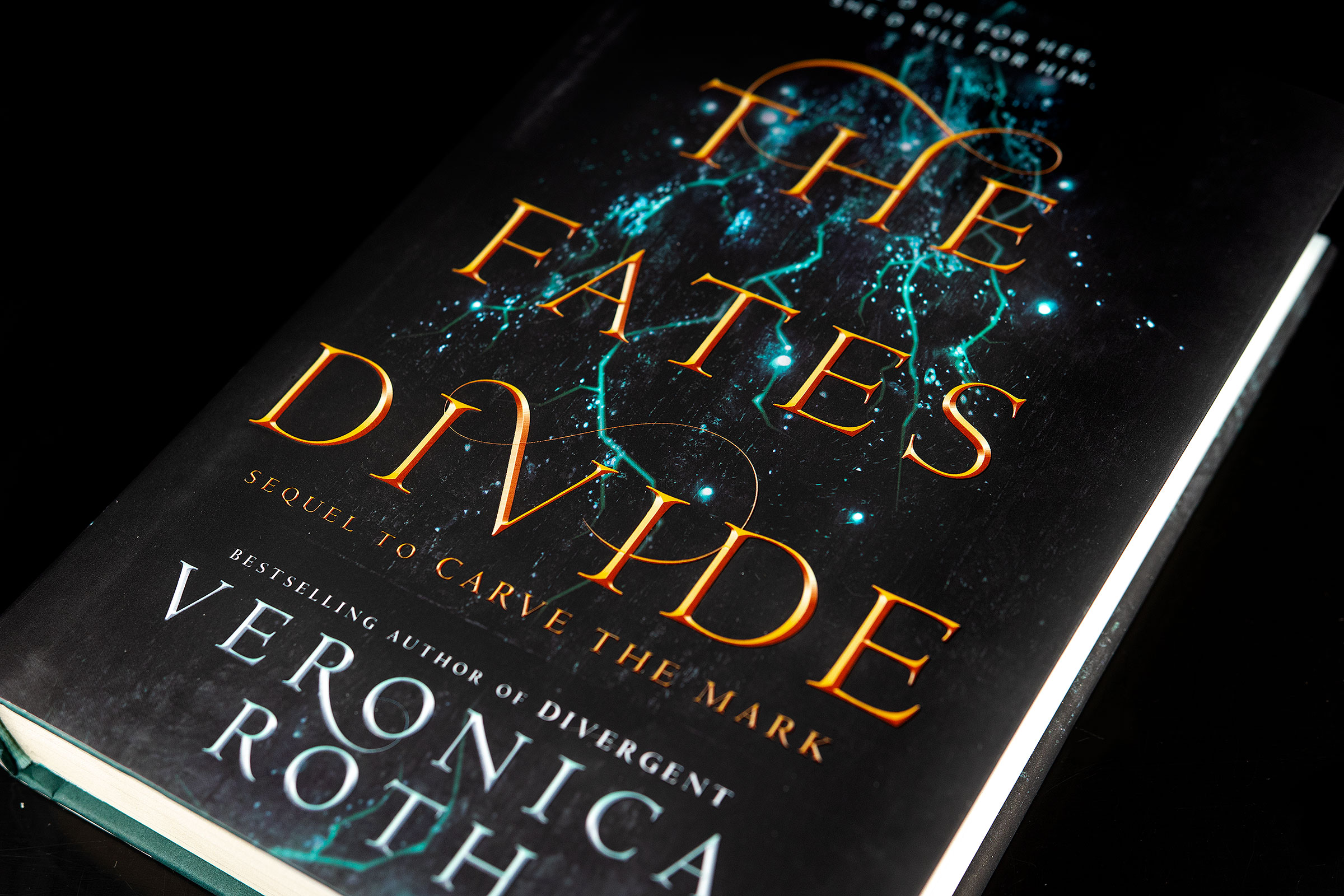